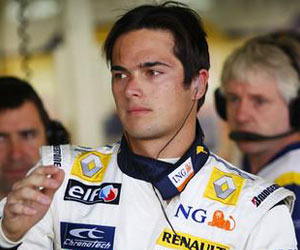 Nelson Piquet was never a runaway driver. And yet, the fact that he was F1 world champion three times, proves that he had something special in him. May be, it was his passion for driving or crafty expertise in getting past his opponents, who made him the champion he was.

Birth
Nelson Piquet was born on August 17, 1952 in Rio de Janeiro in Brazil.

Career
At the age of 14 he started taking part in kart races and was crowned Brazilian kart champion in 1971 and 1972. In 1976 he became Brazilian Formula Super Vee Champion. He moved to British Formula 3 for 1978. He smashed Jackie Stewart's record of the most wins in a season. With his performances he got himself promoted to Formula One. With the Brabham team, he made his presence felt in Formula One. He won the title for first time in 1981. He became the first driver to win the F1 title with a turbo engine in 1983.

For 1986, Nelson moved to Williams. Now Piquet became team-mate of one of his fiercest rivals, Nigel Manshell. Both were described as two highly skilled drivers with delicate temperaments. They fiercely competed to emerge victorious on the racetracks. However, their rivalry caused loss of points to both of them and Alain Prost winning the title. Piquet made amends in 1987, clinching the championship.

Piquet joined Lotus for 1988 and 1989, but this proved a wrong decision, for Lotus was now a pale copy of its former self. He moved to Benneton, but now it was clear that he was running out of steam. An accident at Indianapolis did the rest, forcing him out of the sport.

Fondness for Luxurious Lifestyle
Nelson was as much fond of luxurious lifestyle as much racing. That he had his own private jet and a yacht tells about his fondness for luxury. He was known for his Mediterranean voyages where he indulged in sorts of amusement.