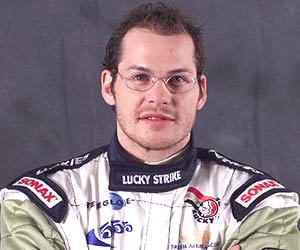 Records do not match the impact of Jacques Villeneuve on the sport. A colourful and controversial champion, he never did true justice to his immense talent. A glance at his career shows that he started with a bang and then slided unabatedly. He almost won the driving title on his debut, emerged victorious in his second, and then he started his journey downwards, uninterruptedly.

Early Life
Jacques grew up in Formula One paddocks watching his father race. In 1982, his father Gilles was killed while practicing. Jacques' mother sent him to a private school in Switzerland where he developed as a fiercely independent character. Like his father, Jacques decided to make his career in motorsports.

Career
Jacques was stunning in international car racing. He bagged saloon cars in Italy, F3 in Europe and Japan, FAtlantic and IndyCars in North America. In 1995, he became the youngest winner of Indianapolis 500 race and the IndyCar championship.

In 1996 he debuted in Formula One racing with Williams. He started from pole and finished second to his veteran Williams team mate Damon Hill. His stunning debut impressed everyone associated with F1 Championships.

In 1997 it was all Villenueve. He won seven races and emerged victorious surpassing legendary Michael Schumacher who infamously tried to ram Villenueve off the road but without success. This victory ensured a place for Villenueve in Formula One folklore. Lad of a former F1 champion reaching at top, defeating all hindrances on his way.

Villenueve was fond of sensational driving and met several accidents. And yet, luck seemed to favor him. What made him different from other drivers was that he was outspoken and carried strong opinions. In that era, drivers were expected to behave and talk in a definite manner. Villenueve termed those people corporate robots. He did what pleased to him. He dyed his hair and dressed as a rock star. And he had a huge fan following.

Post 1998 his performances continuously dropped. His pace was falling steadily, and yet, he was collecting a champion's salary, thanks to his public value. In 2006, when he was asked by his then team BMW to let his younger team mate drive the car, Villenueve read the writing on the wall and declared his retirement from the sport.