Jack Brabham is the only Formula 1 driver to become champion in a car of his own make. Here is a glance on the F1 career of Jack Brabham.
Formula 1 » Legends » Jack Brabham 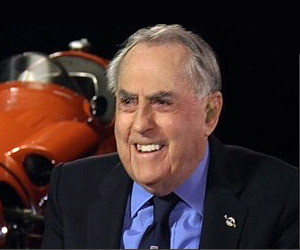 Jack Brabham holds the distinction of being the only driver to become champion in a car of his own make. Both an expert engineer and driver, he won three F1 world championships. He became the first Formula 1 driver to receive a knighthood, for his contribution to the sport which included nurturing young drivers and supporting the business side.

Birth
Jack Arthur Brabham was born on 2 April 1926 in Hurstville, a commuter town in vicinity of Sydney, Australia.

Early Life
From an early age, Brabham was interested in cars and mechanics. He learnt driving at the age of 12. He joined technical college where he learnt technical drawing. At the age of 15, he joined a local garage and joined an evening course in mechanical engineering. Then he entered into his own business of purchasing and selling his own motorbikes. He also served as the flight mechanic Royal Australian Air Force towards the end of the Second World War.

Racing Career
Once, Brabham went to see midget car racing with a friend. Midget racing is a type of race category where small open-wheeled cars compete on dirt ovals. On the suggestion of his friend, Jack Brabham agreed to build a racing car. Gradually his interest in driving increased. When he won a race, he knew that he had the knack of driving. In self-made midgets he was victorious in four successive Australian championships and was the 1953 hillclimb champion in a British-built Cooper-Bristol. After midget driving for some time, Brabham became interested in road racing. From 1953 he focussed on road racing, in which drivers compete on closed tarmac circuits.

Brabham arrived in Europe in early 1955. He had a meeting with Charles Cooper, constructors of his successful Australian car. This developed into a partnership that made big marks in the history of Formula One. Brabham persuaded the Coopers to take the rear-engine route into Formula One racing. He also built up his first chassis in Cooper's workshop. This was in an era when the competition was dominated by big, front-engined Italian and German roadsters. Brabham had victories in Monaco and Britain together with his consistently high placings. This resulted in his winning a drivers' title. In 1960, he was the dominating driver in the nine-race series, winning consecutively in Holland, Belgium, France, Britain and Portugal, bagging his second consecutive championship.

The new 3-litre formula came into effect in 1966. Brabham, in collaboration with Australian company Repco, developed a car on this configuration. In a car of his own make, he won the Dutch Grand Prix and attained the same feat in France, Britain and Germany. He won in notoriously difficult and dangerous Nurburgring, a victory he considered the best in his career.

Brabham's final victory came in the 1970 South African Grand Prix at the age of 44. Thereafter, he retired as a driver and returned to Australia. Recognising his contribution to British motosport, the title of Sir was conferred on him in 1985.